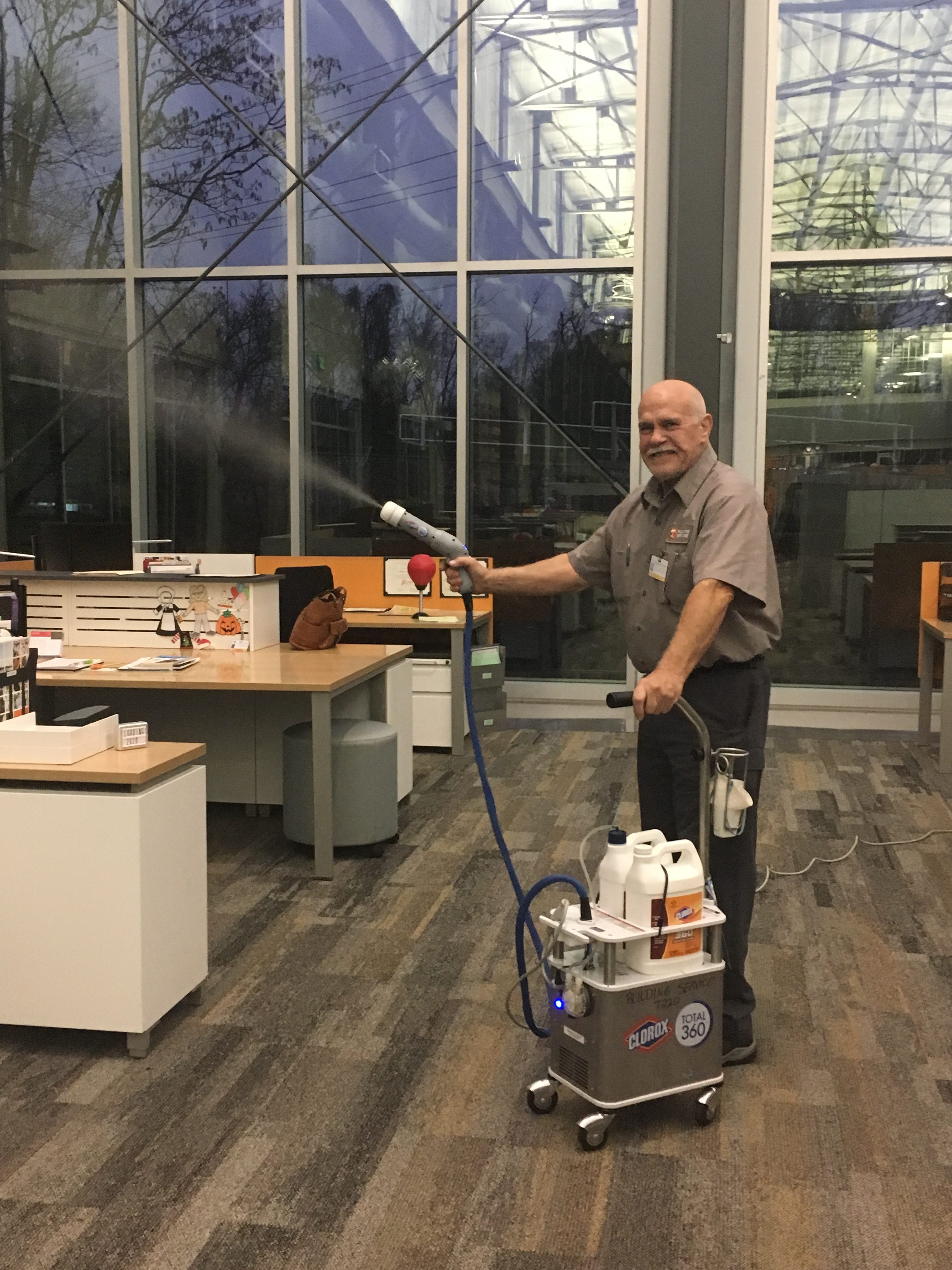 Students return to campus on January 8th, and the Center for Disease Control (CDC) is already reporting higher instances of flu cases in Tennessee. While its up to each individual to take their own precautions, Facilities Services is also doing it’s best to keep contagious illnesses at a minimum across campus.

Facilities Services utilizes a cleaning system called the Clorox Total 360 System. This system has always been effective for killing germs across campus from staff and faculty offices to public common areas, but the Environmental Protection Agency (EPA) has recently release new information stating that the Clorox Total 360 System is also effective in killing the bacteria and viruses responsible for illnesses such as influenza, measles, mumps, rubella, rotavirus, e coli, etc.

The Clorox Total 360 System works by charging the disinfecting or sanitizing solution. The charged solution is then attracted to surfaces with a force stronger than gravity, allowing it to wrap around and uniformly coat even the hardest-to-reach surfaces such as the undersides of desks, athletic facility gym mats, keyboards, and soft surfaces that can be easily missed through manual cleaning.

While students, staff and faculty were away, the Building Services team took the opportunity to utilize the Clorox Total 360 System across many public spaces and offices around campus in an effort to drastically reduce the spread of germs. Before the break, many departments had requested the utilization of the Clorox Total 360 System at the first sign of illness helping to those germs in their tracks. Building Services will continue to use this system throughout the spring semester as a precaution against the spread of illness.